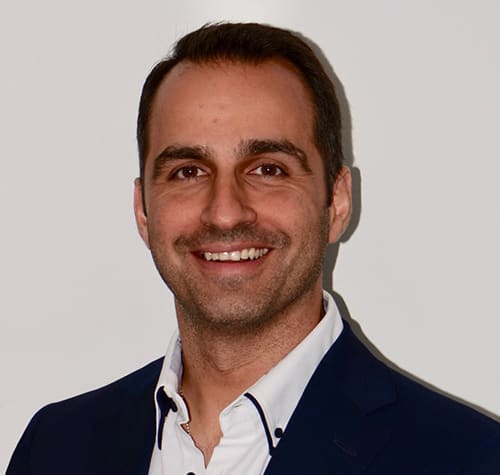 Dr. Katsaros is a board-certified periodontist in Canada, as well as in the United States. In 2008 he graduated with his dental degree from Aristotle University of Thessaloniki, Greece. He served in the Greek army from 2002 until 2013, and practiced general dentistry in military hospitals and private practices for 5 years before moving to the United States in 2013.

In June of 2016, he received his certificate in periodontics and a Master of Science in Dentistry from Louisiana State University Health Sciences Center, School of Dentistry in New Orleans. After graduation, he joined the University of Iowa College of Dentistry as a Clinical Assistant Professor in the Department of Periodontics where he served as the director of the post-graduate program. He has authored or co-authored several articles and two textbook chapters.

In 2020, he transitioned from academia to full-time private practice serving Toronto and the surrounding region. Dr. Katsaros is looking forward to meeting you and helping you maintain your periodontal and peri-implant health.

Looking for a dentist in Ajax? We're accepting new patients at our dental clinic! Contact us to get started.